Windows Phone 7 Series is the name

So after a short delay filled with some funky music(?) it was finally declared, Windows Phone 7 series was the name and it is here to dazzle us. 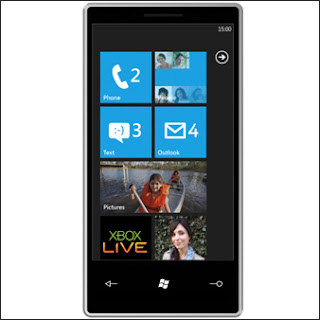 After a short intro from Steve Ballmer, the Corporate Vice President for Windows Phone Program Management, Joe Belfiore, took the stage at MWC.

Joe held about a 40 minute long presentation of the upcoming Windows Phone 7 Series and demoed a few of it’s features.

The demo showed something extremely far form the old Windows Mobile UI’s we are used too. It seems the team rethought what they were doing and instead of focusing on building a platform for other developers, they now focused on ease of use, clarity and the end user. It looked really good I thought. All the features that can be expected seemed to be there, and a few more that have been released as separate apps for other smart phones was already integrated right form the start. Like Face book integration, GPS positioning when doing searches to acquire local search hits, Zune integration for music and video etc etc. For a video of how the UI handles go check this video on MSDN of Joe demoing it on a prototype device.

After Joe’s presentation there was also a session about partners, listing both hardware as well as network providers that was going to release or support products with Windows Phone 7 Series. No big surprises here as it seems all the large phone companies was in the hardware partners group.

The most discouraging bit of the entire presentation was when mighty Steve proclaimed that the aim is to get these devices out to customers before the holiday season 2010. Christmas never seemed so far away!

For some more info go ahead and check out the (link target removed by Microsoft).

Seems there is still a future for Microsoft on the hand held scene, after Win Mo 6.5 it looked grim and we where actually starting to doubt it. Welcome back guys 🙂