Toshiba is presenting the highest capacity NAND flash mermory yet, a chip with 128GB space. The currently largest flash memorys are holding 32GB, so Toshiba is actually quadrupling the capacity. 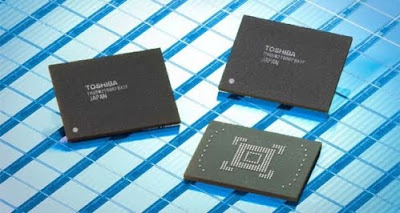 The new circuits contains a controller and 16*8GB chips, they are produced in 32nm tech and the chip itself is only 1.4mm tall. There is also a smaller 64GB version on the way. The primary targets for these flash chips are smartphones, tablets, cameras and media players.

The new chips are planned to be in mass production by Q4.