Nokia is poking fun at Apple and the Steve on their official blog. Describing many ways you can hold your Nokia on, without experiencing any signal loss. 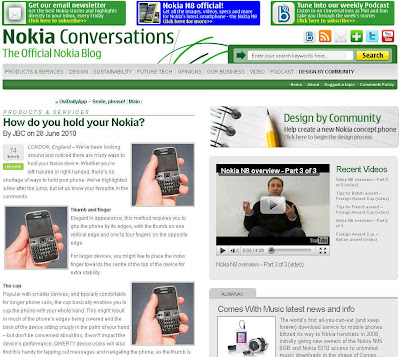 The key function on any Nokia device is its ability to make phone calls. After all, that’s why we know them universally as mobile phones (or smart phones, feature phones or mobile computers – though the same grip styles work for those, too). One of the main things we’ve found about the 1 billion plus Nokia devices that are in use today is that when making a phone call, people generally tend to hold their phone like a…. well, like a phone.