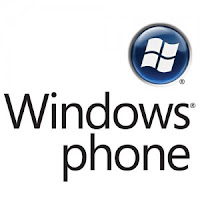 Today Microsoft announced that WP7 has gone RTM. That’s right, it’s now in release candidate status and the final image is being shipped to all the hardware vendors. It feels like the wait just got a little bit shorter 🙂

Even a small improvement in the Facebook handling have been implemented, amongst that more ability to filter the import of contacts and the ability to post to a users wall straight from the people hub.

One impressive thing is the figures of testing hours published:

I am eagerly looking forward to see the different retailers and networks starting with the promotions for their offerings here in Sweden. So far I think I’m leaning towards the LG E900 if it’s to be released here, but as always we’ll have to see what HTC hardware becomes available here as they have produced some pretty cool hardware lately.

Are you getting one and if so what model? Leave a comment below!

Windows Phone 7 closing in on release date!
Tagged on: WP7