HTC has released their quarterly figures, and they are looking good.

A few years ago HTC was just a small Taiwanese phone maker that few people had heard of. But with the rise of Android and all the good devices they have released for the platform, they are now a major force to be reckoned with. (Of course it’s not only good Android devices they have made, let’s not forget the mighty HTC HD2!) 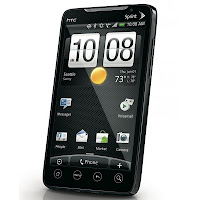 This quarter the figures confirms what we already knew, HTC is doing good. The revenue reported at $1.9 billion are up by a whopping 58% compared to the same quarter last year. The net income also increased, but “only” with 33% up to $268 million.

With the awesome EVO 4G not yet released world wide, one can only assume business is going to improve for HTC.

And while we are at it, let’s hope the HTC engineers outdoes themselves and trumps the EVO 4G specs with their upcoming Windows Phone 7 devices!