During the Connect(); //2015 event held by Microsoft recently, Microsoft made Visual Studio Code open source, so yay! This was something the community had wanted for a long time. 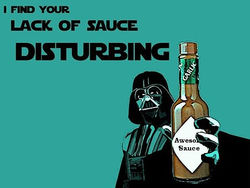 But I think the thing that exited VS Code users the most was the announcement that they now supports extensions! This in my mind took VS Code from “a great editor” to “Pure AwesomeSauce”.

The Debugger For Chrome Extension

I wanted to test the Debugger for Chrome extension when playing around with some TypeScript dev in an ASP.NET 5 Project. But I ran in to problems.

At first I tried getting the extension to start Chrome and connect to my localhost, using the standard section recommended in launch.json, like this:

However that didn’t work as the extension could not find my default Chrome installation and gave me the error:
[webkit-debug-adapter] Can't find Chrome - install it or set the "runtimeExecutable" field in the launch config.

So I set the runtimeExecutable to point at my Chrome installation and also added the runtimeArgs to make Chrome start with the remote debugging port set correctly.

This worked and I could fire up the extension by pressing F5. But to my dismay, no breakpoints were hit, however the Console worked and logs were piped over to VS Code.

After lurking the extensions GitHub repo it seemed more people were having the same problem. Seems setting the root for content delivery was key!

(If you are planning to use the above config, replace the _usr_ part of the path to your correct user!)

After setting the root path to the webroot, the extension worked like a charm, but the extension has a few quirks to be aware of:

If you haven’t tested Visual Studio Code yet, download it and give it a try. It’s a lean, quick install!

Check out all the new cool VS Code extensions in the Visual Studio Marketplace!

Watch all the announcements and videos from Connect(); //2015 on channel 9.

6 thoughts on “VS Code, Debugger For Chrome and ASP.NET 5”