So I’ve been thinking about getting a smartphone, I’ve been a bit late to get on that bandwagon.

As I like coding more for mobile devices on the .NET platform more than the Java platform, I’ve been thinking looking at phones with Windows Mobile as OS. I would also be able to read documents on it if possible, I know the phone isn’t designed for that, but a fairly large screen would enable at least some readability. So far I feel the HTC HD2 would be the best suited phone for my needs. It seems pretty cool with a big screen, fast processor and windows mobile 6.5 as OS. HTC has put a version of their own Sense interface on it, and so far that’s gotten very good reviews. 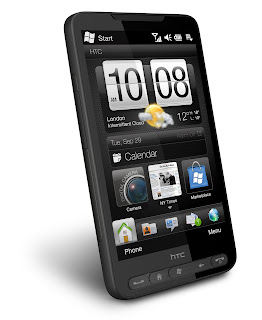 But now Microsoft has said they’ll release Windows Mobile 7 on Mobile World beeing held in Barcelona in February. So question is if it’s time to wait until I can get my hands on a phone with Windows Mobile 7 instead? LG seems to be first out, saying they got a planned release for the first Win Mobile 7 phone in September.

But September is awfully far away.

I got several friends that got iPhones and I’m not really a big fan, but today I saw an app called iSamJackson that made me want to get one actually!